Lieutenant Crumps and I were thrilled to enlist a fine gaggle of new recruits into LudiCo:

The sun was sizzling as its golden fingers prodded at and roughly massaged the woodland; the conditions were testing, but members of LudiCo are always up for a challenge

Our task was to seek out the mighty woodland spirit-guardians known as Twiglets, to find the miniature worlds that they come home to after a hard day keeping the woodland in balance, and to spruce them up a bit to give the Twiglets a hard-earned treat

Here we see a stage for those talented Twiglets to strut their funky stuff! 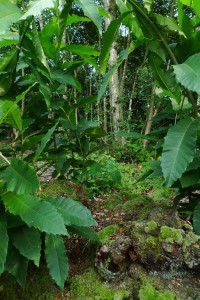 You might have walked straight past a place like this whilst on a walk in the woods and not even realised what it was!

Twiglets themselves are tricky to spot because when they take on a physical form they often look like twigs, which are quite common in a woodland I’ll have you know. This means that Twiglets are very well camouflaged. Also, because they are spirits, their bodies are not always connected up; sometimes you have to find a few twigs and tie them together with string before you have found a whole Twiglet. More curious still, their heads are often some distance away, having taken the form of a pine cone or a nugget of moss

Let’s meet some Twiglets. What do you think their names might be (the Twiglets, not the people)? 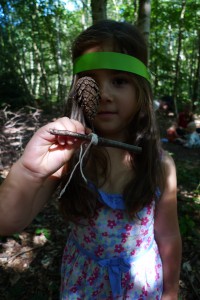 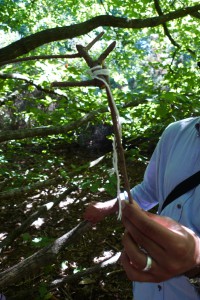 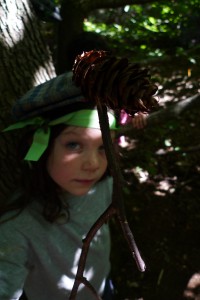 A Twiglet in authority 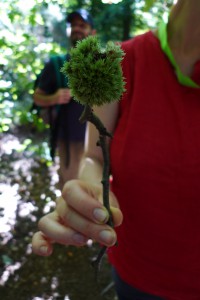 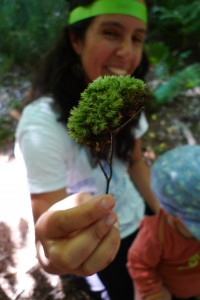 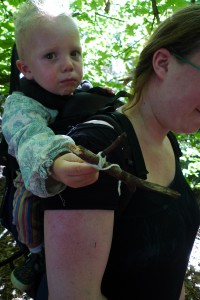 A Twiglet not to be messed with 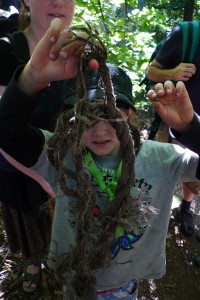 Er, that’s not a Twiglet 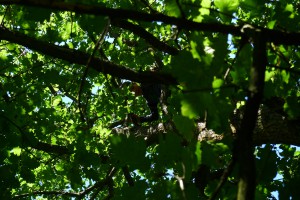 Is that a Twiglet in the canopy? 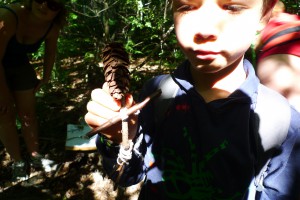 Ah, there we are: a happy Twiglet

Now that you know what you’re looking for, see how many Twiglets you can find in your local woodland! And, if you’re feeling adventurous and helpful, give their little worlds a little spruce up; it’s great fun

(and make sure you like and follow me to keep in touch with the ludicrous goings on).